One short day in Buenos Aires … I can’t help it, I’m singing those words in my head to the tune of Wicked’s – “one short day in the emerald city” … sorry, I’m a musical nerd.  Anyway, although we were only in Buenos Aires for a short time, we loved this city!  Buenos Aires was kind of our launching point for our Patagonia trip (read more about that here), and we really enjoyed our time there.

This city is colorful and beautiful; big but chill.  We were there in late February, which is summer for them, and the weather was absolutely perfect.  We stayed in the Palermo District, which was a perfect spot to walk around and explore, finding gardens or parks, shops, and restaurants.  One thing we noticed and appreciated was that there were trees everywhere, even in the city.  I hadn’t really thought about that much before when walking around other big cities; I hadn’t necessarily noticed the absence of trees, but we definitely noticed how many trees there were within this city.  It is interesting just how much that impacts the feeling of a place.  I very much like it. 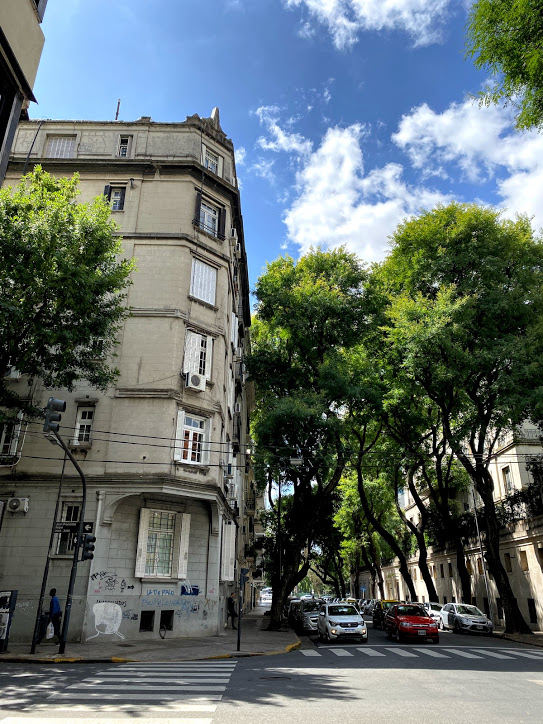 If you plan on visiting Buenos Aires, even if it is for a short time, I would recommend brushing up on your Spanish.  Josh and I have done a fair amount of international travel, and there are many places you’ll find there are lots of English speaking people, even if English isn’t the official language.  I don’t know that I would describe Buenos Aires as one of those places.  We did meet some people who spoke both languages, but I would say for the most part, it was Spanish.  We did okay, but there were also some lost-in-translation moments.  A free app we like that can help in language preparation before a trip is DuoLingo.

I think it is always good to attempt to communicate in someone’s own language as much as possible, even though I feel like I’m horrible at it!  I think speaking multiple languages is like a super power!  I hate it when someone whose native language is not English gets embarrassed or feels bad (or is made to feel bad) about not speaking English very well.  I always want to remind them – I speak one language; just one, that’s it.  You are my hero.  Your English is beautiful; Your native language is beautiful.

I have this unofficial, ongoing list in my mind of all-time favorite meals, and a meal we had in Buenos Aires made this list!  We just happened upon this restaurant called Olivetti.  Bacon parmesan black pepper ravioli and an Argentine Malbec wine … oh. my. goodness.  I want to go back just to have this meal again. 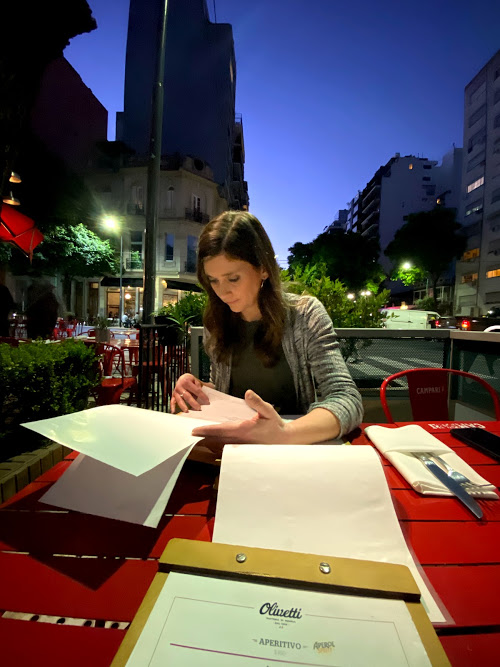 And if you are really getting into Argentine culture you’ll also drink some mate with friends.

This is a humongous botanical garden that just goes on and on with row after row of beautiful flowers and trees, pretty walking paths and benches to enjoy the peace and beauty of this place.  It is pristine; the definition of tranquility. 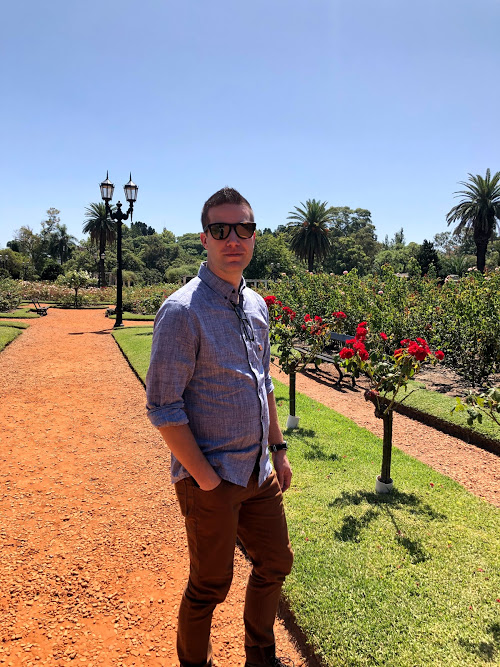 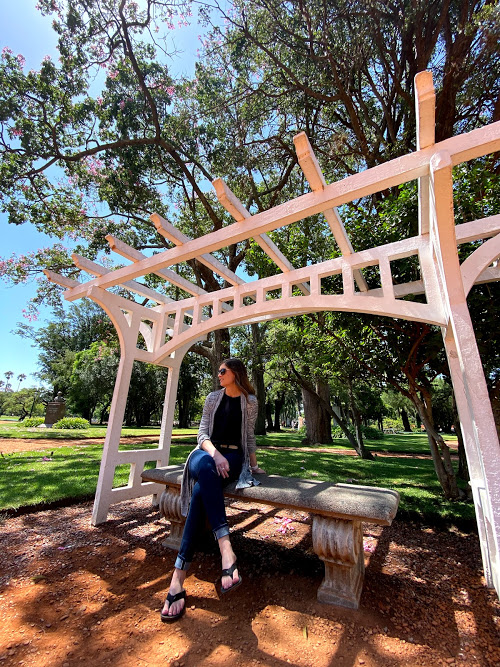 It might seem a bit odd to visit a cemetery, but this was truly a fascinating experience.  “A great place for perspective,” as Josh described it.  For this we had a guide with us from Wilderness Travel who was an amazing history teacher.  He pulled us into story after story as he walked us through, teaching us about their culture, traditions, and history.  Not to mention this place is beautiful with rows and rows of elaborate mausoleums.  It is most famous for being the resting place for Eva Peron.  “Don’t cry for me Argentina.  The truth is I never left you.”  Sorry, Broadway again … I can’t stop. 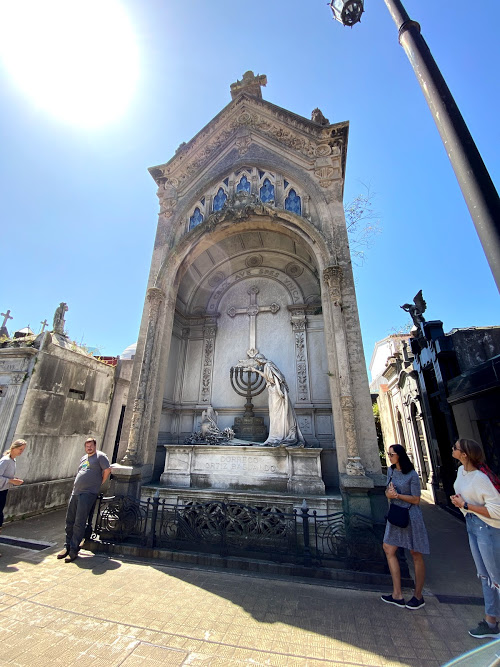 Colorful streets lined with shops, food, murals, tango dancers … So fun.  I wish we would have had more time to spend in this area.

Also, if you are a soccer (ahem, I mean fútbol) fan, you’ll want to check out this area. 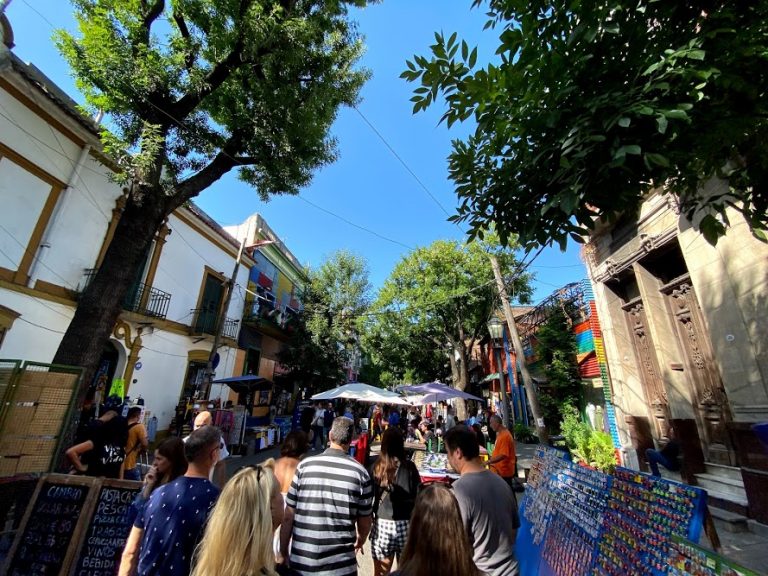 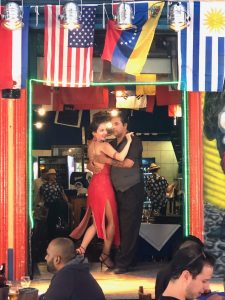 This is a huge indoor market that reminded us a little of Seattle’s Pike Place Market.  Again, I wish we would have had more time to spend here. 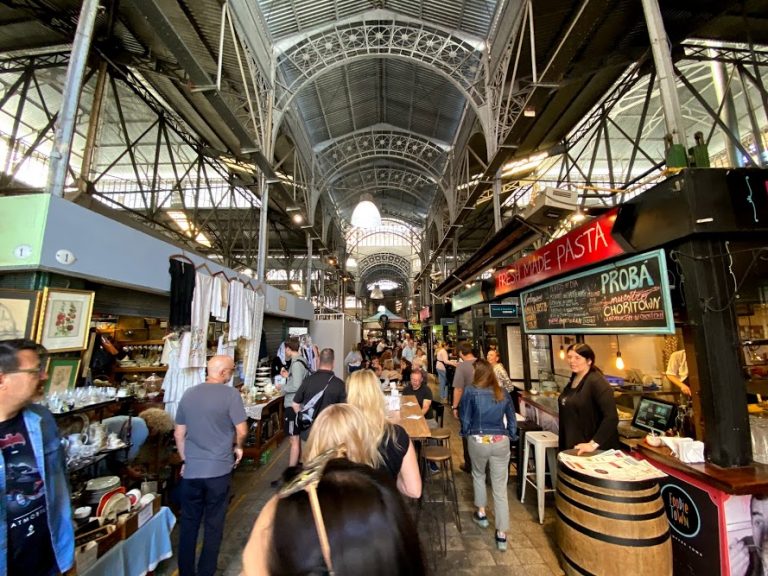 The city square – Here we also learned some history from our guide, including the story of the Mothers of Plaza de Mayo and the white headscarves seen painted on the ground; a story that is both heartbreaking and inspiring. 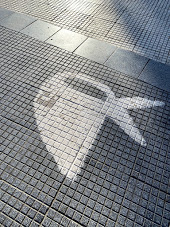 We managed to fit a lot into our short time in Buenos Aires.  With everything we saw and experienced we were wishing for more time.  Another place we left with hopes to visit again someday; another place we left appreciating the people and the culture. 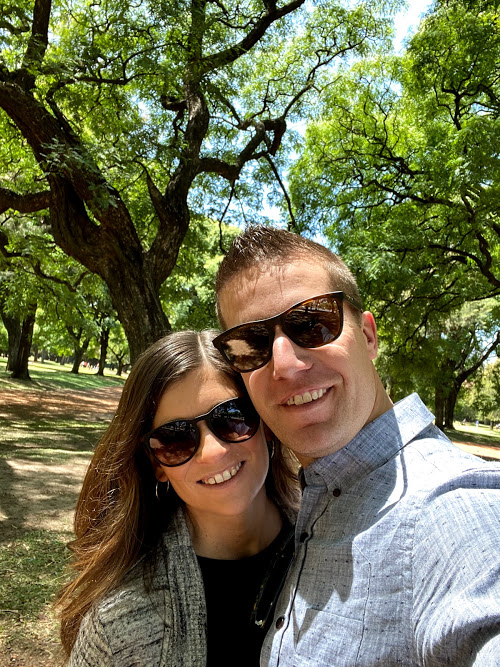